Skip to content
You are here:HomeFavorite Things Dulcimer Guitar: How You Can Learn to Play a Musical Instrument

Hi all! The following is from my friend Ryan, an avid guitar and dulcimer player. He offered to share how to play the dulcimer, and I agreed to let him post here! I transcribed the video so you can watch and read along. Enjoy!

The following is a transcription

Hey there, I’m Ryan. I’m here to make sure that you put a little music in your life. If you’ve ever had a hard time playing music on a musical instrument (duh), whether that was guitar or piano or something else, or you’ve never tried, I want you to take a few minutes and watch this.

All right, so this is a Seagull Merlin dulcimer guitar. It’s made by a company in Canada, the Seagull company. It sounds like a guitar. Listen:

So you don’t really make any mistakes, there’s no wrong notes and you can, with just one finger, play things that sound nice.

Now there’s a little bit of rhythm involved there, but you just learned how to play a musical instrument. It’s super simple. In fact, I’d challenge you to learn a song in less than an hour. Here’s a few songs you could learn:

A couple things I want you to take note of here. This particular one is the education model. I don’t know why they decided to name it that, but they decided to do it and put the numbers on the frets, which makes it even easier for you to keep track of where you are.

It’s tuned lower than their other models and it only comes in this really actually pretty awesome looking mahogany top. Okay, so those are the ups and downs of this one.

Just so you get a sense of where the other models are here is their D model. Exact same thing, but you’ll notice that it’s tuned a little higher.

They come in spruce tops and mahogany tops, but the dulcimer guitar sounds great no matter what you get. And like I said, with one finger you can learn to play this thing. So if you like to sing along with songs, and you don’t worry with melodies, you can do very straightforward things, like: 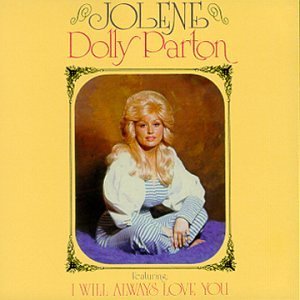 Jolene is a smiple song. One finger across all the strings at two different frets and you just learned a classic Dolly Parton song. As I said before, you got Tom Petty down. You could do that in five minutes of practice, I promise you. But if you’ve never held an instrument before of any kind I bet you could do it in less than 30 [minutes]. No one else can say that!

How about this, if you want to do melodies, maybe you’re from the old school, traditional side of things.

That’s a bit of a hymn, but it also very much mimics what you’d find from Scottish or Irish music that’s out there. [Note: because it is a traditional Irish folk melody.] Anyway a couple quick ideas for you to keep in mind there.

I really believe that you could learn to play one of these Seagull Merlins. It’s a dulcimer guitar, the M4 Seagull Merlin model. Again, this is the “education” version, comes in mahogany top, has numbered frets that you can’t pull off, unfortunately (wish you could).

It’s tuned a little lower so it sounds a bit more like a guitar at times. Versus the regular D model that has a slightly higher register, does not have numbers on it, and does come in either a spruce or mahogany top, like the other [education] one.

I think that you could learn to play. It just takes one finger and a little bit of practice, and one of

these Seagull Merlins could get you feeling like a musician pretty quick and that’d be awesome.